SAGA Workshops for Students and Parents 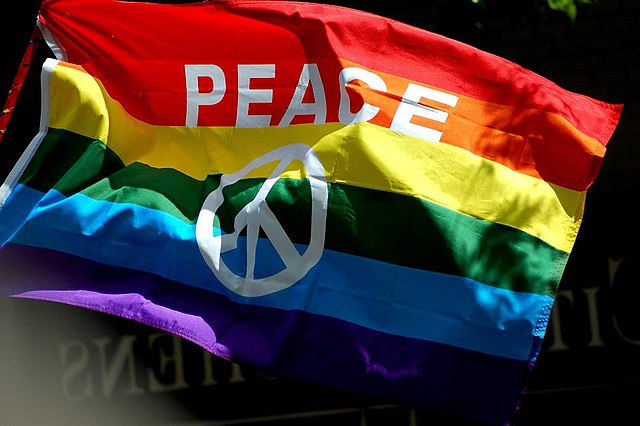 Marriotts Ridge’s Sexuality and Gender Alliance (SAGA) club has met several times this school year to begin organizing their club-led school activities. The first SAGA project of the year is a series of informational workshops for students and parents focused on expanding the inclusivity and LGBTQ+ friendliness of the school community.
The SAGA club president, Nathan Kabrhel, has been working on creating a series of informative workshops that will feature several guest speakers who will touch on a multitude of topics including gender, sexuality, and preferred names and pronouns.
“I have a few students, potentially a few parents, one or two teachers, and an outside community member, probably the director of the local PFLAG chapter,” Kabrhel said.
Parents, Families, and Friends of Lesbians and Gays (PFLAG) is an organization that provides support and resources for members of the LGBTQ+ community, their families and friends, and allies to the community. PFLAG has a network of local “chapters” that work to make change in local communities.
The goals of these workshops will run in conjunction with the goals and ideals of PFLAG, working to educate those in the school that are unclear of the LGBTQ+ community. This will provide them with information on how they can become better allies, as well as provide support for the LGBTQ+ members in the school community.
“My goal is to open people’s minds to [the LGBTQ+ community] and try and make [this community’s] lives easier and more comfortable. To allow us to be who we are,” Kabrhel said.
For many of the members in the club, our school has some ways to go in making Marriotts Ridge a safe learning environment for all of its students.
“I think that these workshops will help me feel safer in my classes and help me feel more supported and valued by my fellow peers and teachers alike. There are definitely classes in which I don’t feel safe or feel like I would be judged for my sexual orientation and gender identity,” a senior member of SAGA said.
Marriotts Ridge has made some recent advancements in making the school more inclusive to its LGBTQ+ students. This includes adding a gender-neutral bathroom on the second floor. But for some, the school could still be taking more steps to incorporate its LGBTQ+ students.
“I think that [these workshops] might enhance the way the school system supports gay and trans students. We recently got access to putting our pronouns in our canvas accounts, but that’s not enough,” junior Mattie Newgent said.
The workshops will aim to address these concerns and will create an open discussion about the changes that need to be made in our community in order to ensure the students at Marriotts Ridge have the most ideal learning environment. They will take place some time in December after the Thanksgiving Break; the exact dates are yet to be determined. It will be open to any and all who are interested in getting involved with the LGBTQ+ community within the school, especially those who want to learn how to be better allies.
“For students that aren’t in the community, I think it’s important that they get an understanding of it, so that they’re a little more conscious of the comments that they make and the jokes they make,” Kabrhel said.
Having supportive and understanding allies in the school will be an important factor in maintaining a safe learning environment for the LGBTQ+ students, so students and teachers of all backgrounds are urged to attend.
The SAGA club is hoping these workshops will be a positive first step in the direction of acceptance and support towards the LGBTQ+ population at Marriotts Ridge and out into the Marriottsville community.
“Hopefully it will allow our students to feel more comfortable and actually be able to focus on learning and not on the discomfort they’re feeling from their classmates and teachers. It would be great if everyone can feel like they can be who they are without being afraid of being made fun of or persecuted,” Kabrhel said.
Marriotts Ridge has a caring and open student community that is actively taking initiatives to create an ideal school environment for all of its students. These workshops are just another example of the hard work that takes place at Marriotts Ridge.