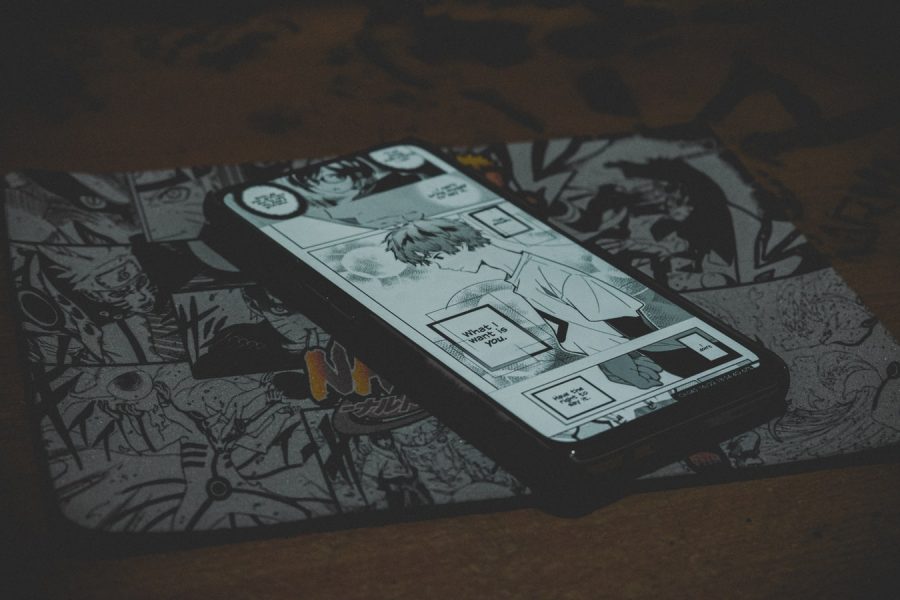 2020 has had some promising new releases for anime and manga fans to enjoy. Jujutsu Kaisen, Great Pretender, and part two of Haikyuu!! To the Top, are just a few of the shows that fans are already binge watching.
Japanese animation and comic books are becoming more and more popular with students at Marriotts Ridge as quarantine progresses. Students typically get into the genre from a friend’s suggestion, or their own curiosity. Anime can be really intriguing, and the detailed art style is usually what draws people in.
“I’m not sure exactly when, but my old friend liked anime so it was just on my list of things to get into. I think I started around summer of 2019,” freshman Tasnim Fatima said.
“I first got into anime when I [saw] some clips of Sailor Moon on YouTube, back in 6th grade. I checked out the show and got really interested in the genre of anime,” freshman Anamika Sridhar said. Fans can agree that over the years, the genre has evolved and the new releases get better each year.
Jujutsu Kaisen is a popular shounen manga that was recently adapted into an anime. The show has built up lots of hype with its new fanbase.
“I’m really interested in all the new releases. They all look really interesting, especially Jujutsu Kaisen,” Sridhar said.
The anime takes place in a world where cursed spirits feed on weak humans. There are also cursed objects, such as pieces of the feared spirit, Ryomen Sukuna, that are currently lost. Yuji Itadori, the protagonist, eats one of these cursed objects, and thus the fearful Sukuna becomes a part of him! The story is very promising, and the animation is gorgeous, so it would be a waste for intrigued students not to give it a try.
Some more of the new fall/winter 2020 manga comics coming out with an anime season include: Tonikaku Kawaii, Noblesse, Iwa Kakeru!: Sport Climbing Girls, and Taisou Zamurai. While fans are satisfied with the new releases, a worry arises with COVID-19 affecting many studios’ schedules.
“The new releases seem fun, but I just wish covid didn’t happen, because it pushed a lot of anime I was looking forward to back a few months,” freshman Sherwin Yarema said.
It can be disappointing to have to wait longer for your favorite shows. There’s not much fans can do but patiently wait and support the studios during these difficult times. Donating to non-profit organizations or attending live events can help the studios bring themselves back on their feet.
Students at Marriotts Ridge are excited and content with the fall 2020 anime and manga releases. While there are many popular genres, MRHS students’ favorites included Shounen and Slice of Life. Shounen refers to the Japanese genre directed towards young males fighting and action related shows. Slice of Life follows the story of the main character and doesn’t follow a concrete plot. It usually ends with an open ending for the audience to take in their own way. Runner up responses included romance, comedy, and psychology.
Some students are already looking ahead to future years’ releases.
“Witch Hat Atelier is 3 years overdue for an anime. I hope it gets animated soon!” sophomore Laura Jia said.
Witch Hat Atelier is a currently-ongoing fantasy manga series that was released in July of 2016. While there are no confirmations of an anime adaptation being released anytime soon, the manga is popular by itself, meaning a future anime could be a possibility.
“I am looking forward to Attack on Titan season four and The Promised Neverland season two, just to name a few,” Yarema said.
“I’m hoping they make more comedy and light hearted anime,” freshman Judy Tu said.
There are no shortages of comedy anime, and most do well, as they are classics many viewers enjoy. As one of the most popular genres, students can expect more comedy releases in the future.
Some newly confirmed manga to be released next year in 2021 include: Lovesickness: Junji Ito Story Collection, Undead Unluck, Volume 1, The King’s Beast, Volume 1, and Dr. Stone Reboot: Byakuya. Many fan-favorite animes will also be returning with new seasons such as: Fire Force, Fruits Basket, The Promised Neverland, and the long-awaited final season of Attack on Titan.
Until then, new fans can pick up 2020’s manga at a local bookstore or read them online. They can also watch anime on online streaming services such as Netflix, Crunchyroll, Funimation, Amazon Prime, and Hulu. Japanese animation and style is getting more and more intricate, and from the looks of what the 2020 releases offer, things are only going to get better.