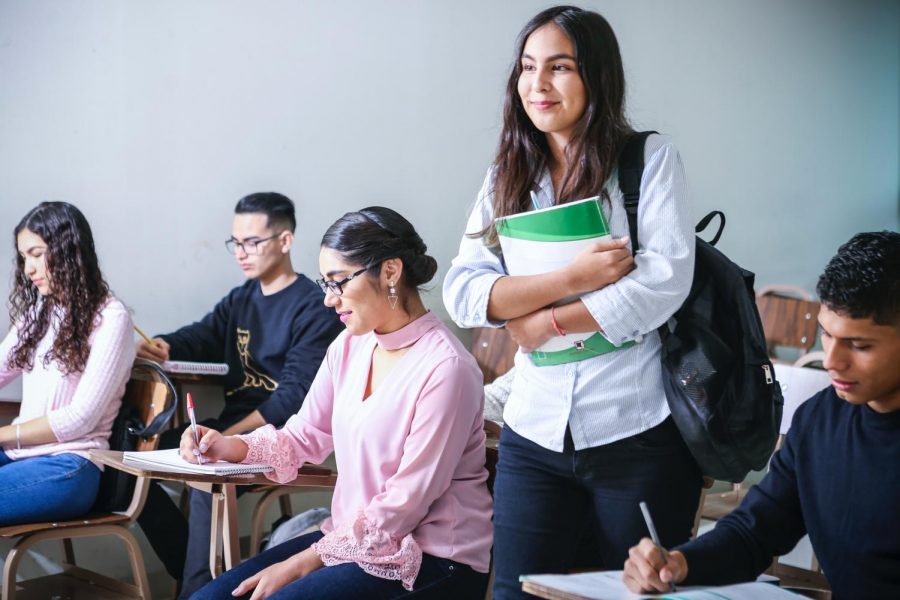 Clubs are a great way to help develop character and learn new skills that will benefit students in school, career and in life. Skills like commitment, leadership, and being able to work successfully in a group all come from participating in a club or organization.
There are numerous clubs at MRHS – an impressive total of 71. Clubs like the Millionaires Club provide members with financial skills to avoid economic missteps. Another club, Active Minds, focuses on advocacy and mental health with the goal to remove shame and silence from conversations about mental issues. With clubs constantly growing, there is bound to be interest.
“I’m thinking of joining the Chinese Club because I’m interested in the language. Or the chess club maybe,” junior Alex Joo said. The Chinese Club allows students to learn the culture and language as well as promoting diversity and appreciation.
With the permission of a teacher, any student can start a club. Many students have ideas for potential clubs.
“I would make an ESOL club, to help new students with inexperience in English be assisted in academic work and help them adjust to the environment here. I think we would meet like 2 days a week,” junior Alex Choi said. Choi believes that a club like this would benefit Marriotts Ridge greatly, by welcoming new students in a friendly way and strengthening the community.
Another student suggested something different. “[I would start] either a construction or engineering [club] because that’s what I’ve been into for awhile. My best friend’s dad was a contractor so I’ve had an interest in that. We’d probably meet up like once a week,” junior Luke Depireux said. The possibilities are endless when it comes to starting new clubs.
Since the pandemic has caused most of the school year to be virtual, many clubs have been losing student participation. “I would rather join an in-person club because I’d feel like I’d be too lazy to join online since it’s not as engaging,” junior Andrew Clark said. However, with the hybrid schedule being implemented for high schoolers, there is a chance for more attendance in school clubs.
Many students feel that improvements can be made relating to the outreach of school clubs.
“They could put it on the announcements, like in the mornings so everyone could hear about it, because I feel like it’s not really something that a lot of people know about. I don’t think they advertise it enough because, personally, I can’t think of any clubs, maybe because I haven’t been in an in-person school in a while. But if I heard of one that interested me enough then I would join one,” sophomore Benjamin Levin said.
Choosing to become a member of a club, of course, depends on how interested a student is in joining a club, as some students may be too busy to search for a club on their own. Most students agreed that the idea of adding announcements during class could encourage more people to join extracurriculars.
As students begin to return to the building, the community can expect more engagement and club involvement to come from the reopening of school.